Due to the industrial era belief that money is the strongest (and only effective) motivator for employees, traditional Performance Management approaches are strongly linked to cash incentives. But ever since Daniel Pink’s “Drive” (and decades of scientific studies), we know that 21st century knowledge workers are, in fact, intrinsically motivated and driven by mastery, autonomy, and purpose. It is time to rethink your motivational theory.


#5: Motivate through mastery, autonomy, and purpose rather than cash incentive


Traditional Performance Management approaches are strongly linked to compensation – especially bonuses. This approach is rooted in the industrial era belief that cash is the strongest (and only effective) motivator for employees.

But, ever since Daniel Pink’s “Drive” (and decades of scientific studies), we know that it is a different story for 21st century knowledge workers. They are intrinsically motivated and driven by mastery, autonomy, and purpose. Embracing this new thinking means fundamentally rethinking current takes on our motivational theories and our bonus programs.

Most people can easily resonate with the need to rethink our motivational approach (after all, they themselves are intrinsically motivated). But at the same time, they have doubts when it comes to altering or eliminating cash incentives. After all, how else can we guarantee the maximum outcome if not through a carrot and stick approach – especially now that we need to ask even more of our employees in order to be able to compete?

Agreed: cash incentives work – under certain circumstances. They were created in an era when tasks involved routine and mechanical skills. In that kind of setting, bonuses (still) function exactly the way they are supposed to – the higher the reward, the better the performance. However, the equation completely changes the moment you add the need for even rudimentary cognitive skills.

So, if your company operates with people who mainly do routine tasks, you are fine with stimulating productivity through bonuses. But if you are like most of us, you work in an industry that thrives on the creativity, passion, and agility of knowledge workers.


If you want to tap into your people’s full potential, you must at least be aware of the following top seven obstacles of cash incentives:

Since we have believed for so long that a person’s motivation is increased by the promise of a financial reward, we have accepted it as a given. But Edward L. Deci confirms, “When money is used as an external reward for some activity, the subjects lose intrinsic interest for the activity.” Consequently, by holding onto our (still largely unquestioned) faith in the virtue of incentives, we forget the hidden cost that comes from undermining the intrinsic motivation of a whole workforce.

Although it is hard for us to swallow, the fact remains – bonuses diminish performance. There are countless scientific studies to prove this. For instance, the London School of Economics finds that “financial incentives […] can result in a negative impact on overall performance”. And Dan Ariely tops that with his discovery in a trial of MIT students, “In eight of the nine tasks we examined […] higher incentives led to worse performance”.

Despite declarations that performance management goals are aligned to ensure collective achievements, and thus, encourage collaboration, the truth is – incentives often have a significant individual component to it. And since this is the part that each employee can actively influence, it is where the focus remains. Hence, collaboration is corrupted. Unfortunately, we see this phenomenon not only on an individual level but also on a unit/department level, where teams optimize themselves rather than collaborate and overachieve on a corporate level.

4 Limit the breadth and depth of our thinking

Research shows that rewards can limit the breadth and depth of our thinking because of tangible “if-then” motivators. For example, when we tell our employees, “If your customer rating is above 4.5, then you will receive your bonus,” we are not saying, “We want you to create an awesome customer experience, one where you come up with new ways that will leave our clients in awe and our competitors in the rear mirror.” Instead, we are encouraging our people to find the easy fix and take the low road. There is nothing wrong with being efficient in what we do and finding the most direct route to get there. But it becomes an issue when it cripples our creativity, narrows our focus, and encourages minimalism and inside-the-box thinking.

There is no denying that the promise of a cash award (does not necessary but certainly) can lead to unethical behavior, short-term thinking, and unnecessary risk-taking. And too often, short-term optimization for individual incentives brings about devastating long-term effects on the organization. You have most likely seen this happening in other organizations or even experienced it at your own company. And we have certainly all experienced the rippling effect of such behavior on a whole economy.

Financial rewards are extremely addictive. Daniel Pink again sums it up so nicely, “[What] unethical actions and addictive behavior have in common, perhaps more than anything else, is that they are entirely short-term. Addicts want the quick fix regardless of the eventual harm. They successfully achieve their short-term goals but threaten the health of the company two or three years hence”.

Financial rewards are not only extremely addictive but also trap you in a vicious circle. Once you start offering rewards, there is no going back. We cripple the inherent drive of people and replace them with a system that conveys that they are entitled to be rewarded. And it becomes increasingly difficult to motivate them. And if there is no reward, the task does not get done. After all, the system tells them that only tasks that are incentivized are worth doing.


This is not to say that people are (per se) being greedy and unethical. We are all simply rational human beings responding logically to a particular incentive system. And, of course, we don’t say no to a generous year-end bonus. But, if we are honest, that is not the real reason we enjoy going to work in the morning, and it is certainly not what drives and motivates us – what ensures that we are engaged and dedicated.

This indicates that the malfunctioning of cash incentives is, as is so often the case, not to be blamed on the players within the system but on the system itself. Consequently, we need to challenge the system and the beliefs it is built on.


When we talk about a new take on rewards, people usually think we are simply replacing bonuses with another element of compensation. But the required change is more complex than that. After all, we must be careful not to replace one evil with another.

Let us remember what rewards are about. They are about validating efforts, acknowledging achievements, and showing appreciation. Here are some ways to break the current bonus dilemma:


There is a lot of talk about the Zen of Compensation. Basically, it is about getting the topic of money off the table. This is certainly a very sensible thing to do. After all, how do you expect to avoid people being money-driven if you keep focusing on money? The recipe seems simple: Ensure internal and external fairness, pay more than average, and use wide-ranging, relevant, and hard-to-game metrics. However, the solution is hardly that simple.

We are talking about a huge systematic change, which cannot be done simply by fixing cash incentives. There is more to it. Here are some things that are more valuable to employees and are harder to match than a pay raise:


If we want to overcome decades of underachievement and do business in a meaningful, inspiring way, we must embrace a shift in our mindset and adjust our systems accordingly. Fixing our financial approach to Performance Management is a key component to that.

It is certainly not an easy road, but Daniel Pink gives us something to hang onto, “The good news is that the science demonstrates that once people relearn the fundamental practices and attitudes, and unlearn the negative ones, their motivation, and their ultimate performance, often soars. Any type X [eXtrinsically motivated] can become a Type I [Intrinsically driven].”


Are you ready to unleash the intrinsic motivation of your people? 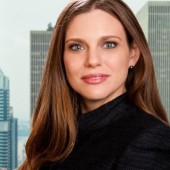